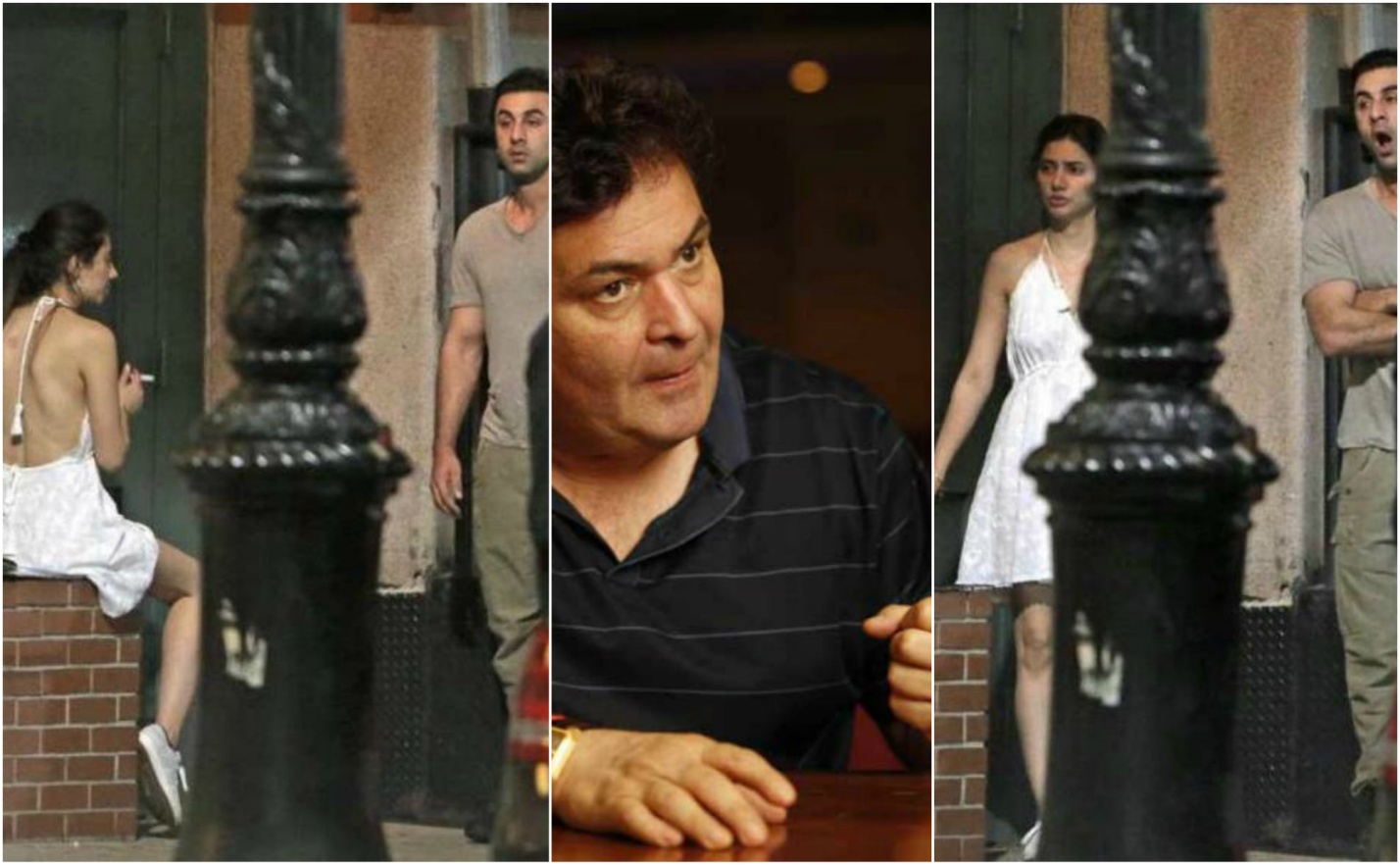 A day ago, Ranbir and Mahira’ picture from outside a hotel in New York while smoking together started trending on Twitter and other social media platforms. Within no time, everyone started to guess that something special is brewing between the two. While a few questioned the rumored couple about why are they smoking, the other brought religious issues.

Since the controversy was spreading like fire, reporters thought of taking views from Ranbir’s father Rishi Kapoor on the matter. As Rishi Ji is an opinionated man and never hides his views under diplomacy, he came forward and gave a bite to the reporters.

Hotness alter !! #MahiraKhan with #RanbirKapoor caught and snapped on the street of New York !! Love is in the air !!

On being asked about the entire episode, he said:

“I have also seen the picture this morning itself. It doesn’t concern me, so please keep me out. Ask the one who is there in the picture. I only saw them on Twitter, not on Instagram or Facebook, because I am only on Twitter. It’s not that I saw these pictures before or I know anything about this already. You see, Ranbir is a young star, he is unmarried, and he’s a bachelor. He can meet anybody whoever he wants to, and if people are going to invade in his privacy, it’s not done. And I can’t say anything about all this because he’s a young man and he has the choice of meeting any girl.”

When he was asked about the link up stories of his son and the Pakistani beauty Mahira Khan, he stated:

“How do we know that here’s something more to this picture? He could have met her just outside there. They must have been in a restaurant or a place where they cannot smoke, that’s why they are smoking outside. In US, they have really strict rules that don’t allow smoking in public places. I can’t say anything more because I don’t know anything more than that. If they were dating or seeing each other, wouldn’t people in Mumbai know? If they met in New York in July when Ranbir was shooting for Hirani’s film, wouldn’t we all know by now? Would we not have new pictures here in Mumbai? So, these rumours are only dumb.”

How do you see the entire fiasco?