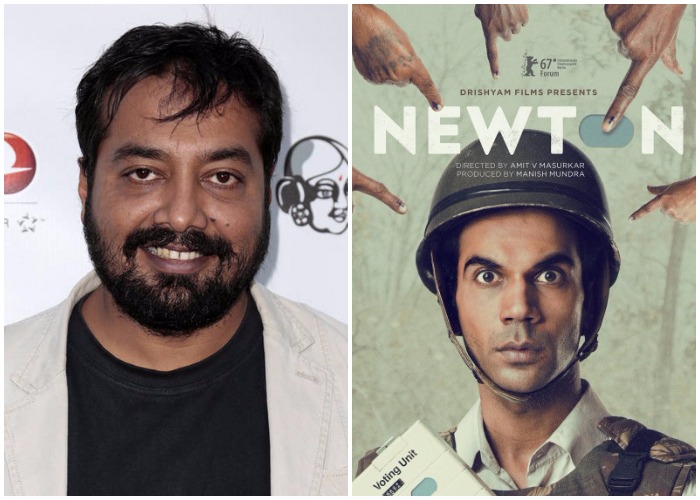 Soon after the news of Rajkummar Rao’s ‘Newton’ going to the Oscars came, lots of good, bad and worst predictions and rumors related to the movie started to take over the social media platforms. Amongst all such rumors, one of the most prominent one was that the movie is copied/inspired by a 2001 Iranian movie titled “Secret Ballot.”

So, to bash these irrelevant rumors, Anurag Kashyap came forward. He not only praised the entire team of ‘Newton,’ but also opened up about the entire fiasco and bashed all such rumors with his wit and sarcasm.

Newton is an award winner from Berlin Fest and I can promise you those curators watch more films in a year than rest of us do in a lifetime.

That day when you wake up to the news that a deserving film makes a deserving box office .. Newton Shines .. super happy.. — Anurag Kashyap (@anuragkashyap72) September 24, 2017

Meanwhile, if you have not yet watched Newton, book the tickets now as you cannot afford to miss that movie. Also, Anurag, you know how to deal with haters, like seriously!