Though the controversy of Kangana and Hrithik is all over the social media since last few months, Hrithik remained lip-sealed throughout. However, after a prolonged silence, he took the Internet by storm after Hrithik opened up about the entire fiasco yesterday. And, we thought it is finally going to end soon. But no!

Kangana’s lawyer has now jumped into the controversy only to add more fuel to it. He has lashed out at Hrithik for speaking baseless things, and asked for answers for his 9 alarming questions. She asked: 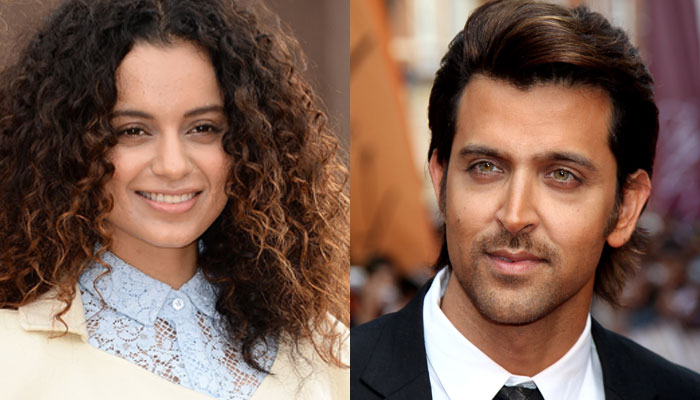 “1) Mr. Hrithik Roshan very well knew that my client’s emails were hacked since May 2014 and he was personally accused of the criminal act of hacking her email accounts. Under these circumstances why did he take any risk of slyly receiving, collecting and saving thousands of unverified emails on his personal email id from a hacked account, despite the fact the charges of hacking were made against him personally since May 2014, and not as an afterthought?”

2) Mr. Hrithik Roshan as a married man and father of two young children should have been shocked and should have immediately spoken to my client or her sister or other family members and complained about the emails being received by him. Why did he fail to take the right step and instead kept meticulously collecting these unverified and fabricated emails from a hacked account, instead of deleting them forthwith and reprimanding my client with full authority, if he had actually no guilt and had committed absolutely no wrong?

When my client was lending full co-operation and was willing to be a part of the Criminal Complaint then Mr. Hrithik Roshan had no good reason to lie to the Police or cause delay in filing a FIR against an imposter, then on what grounds did he lie to the Police and only file an informal complaint instead of a FIR against an imposter, and that too without knowledge of my client, who was a concerned and interested party?

4) Why was it so important for Mr. Hrithik Roshan to wait for about 7 months and first collect thousand of all sorts of beneficial emails from a hacked account, and only thereafter pursue an “informal Police complaint”? What was the aim and intent behind this act?

5) Why did Mr. Hrithik Roshan only after receiving a strong reply notice, then seek to formally lodge a FIR after about 2 years against an imposter, and is now miserably trying to look for an imposter despite full knowledge that there never was any imposter in the first place and had there been any imposter as alleged by Mr. Hrithik Roshan, then the said imposter would have already done serious damage with the material data which was collected by the said imposter through emails. ?

6) Why is Mr. Hrithik Roshan so desperately seeking to rely on a private and favorable forensic report which he has personally paid for?

7) My client and Mr. Hrithik Roshan share the same family Doctor since many years and Mr. Hrithik Roshan knows fully well that my client does not suffer from any kind of mental ailments or syndromes whatsoever, then on what grounds did he circulate an unreliable and fabricated email to the media. What was the aim and object behind it?

8) Besides my client states that no person would have under any circumstances circulated or shown to any third party (be it media or otherwise), any private pictures which were communicated by my client to Mr. Hrithik Roshan during a relationship. Then on what grounds and on whose advice did he seek to openly outrage the modesty of my client?

9) My client demands to know that except for unreliable, fabricated and unverified emails which Mr. Hrithik Roshan is relying upon (and has never shown to my client till date), is there any other act of stalking that has been indulged in on the part of my client. If no then on what grounds is Mr. Hrithik Roshan claiming to be stalked by my client?”