Kangana Ranaut truly deserves to be called the Queen of Bollywood……not only because of her flawless performances and bold rhetoric but also because of her impeccable sartorial choices. She goes flirtatiously feminine one moment and is a sultry seductress the next, and it is her quirky yet matchless style sense that makes her so different from the rest of the Bollywood brood. 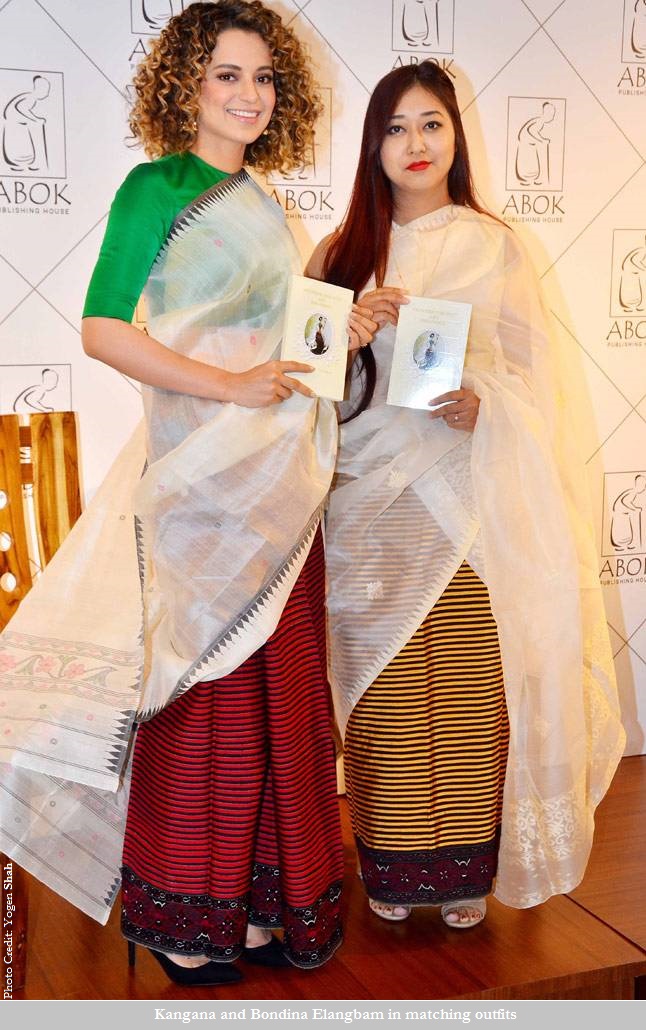 Whether it is a simple maxi dress she decides to step out in or an uber-chic jumpsuit that flaunts her curvy figure to perfection, the iconic actress carries every look like second skin. She loves keeping things simple to the core, yet it is her personality that always makes her stand out. The actress has never had to work too hard with her looks as fashion comes naturally to her, in whatever outfit she wears. 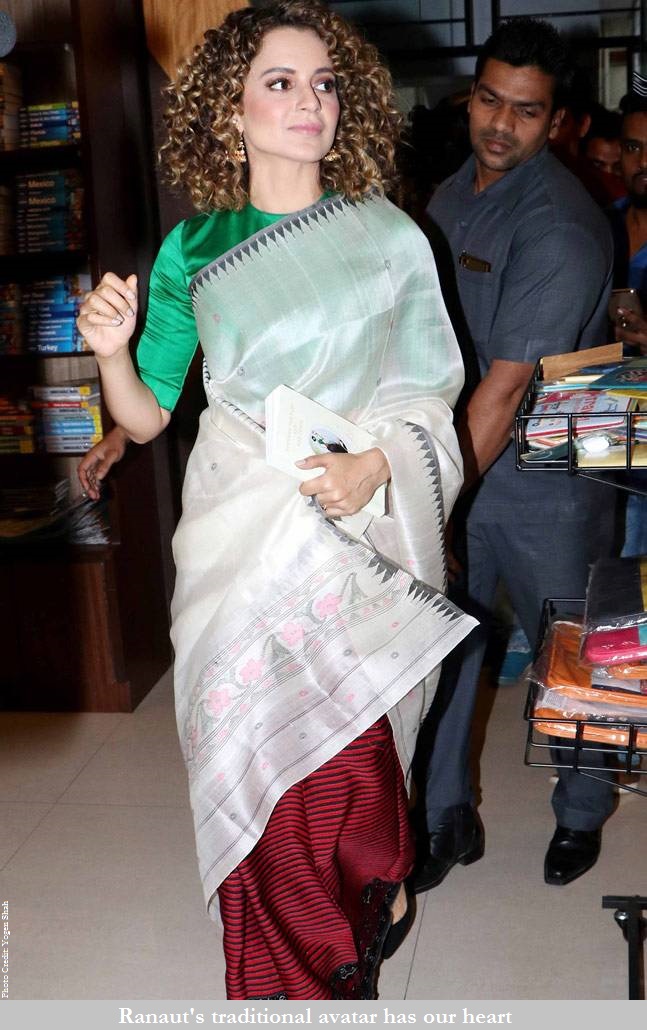 The gorgeous actress once again proves that she is the high priestess of fashion, this time by acing the traditional look with an exquisite Manipuri outfit. Kangana wore this one at the book launch organized in Mumbai by her childhood friend, Bondina Elangbam. She teamed it with beautiful jhumkis that said it all about her eclectic fashion sense. Both ladies looked amazingly elegant as they showcased outfits that were matching.

Kangana’s maroon, green and off-white ensemble looked very much like the cover sketch of Elangbam’s book “Between the Poet and her Pencil”. The diva reiterated her BFF love by launching the book for her buddy and much to the audience’s delight also narrated the foreword which Kangana has written for Bondina. She went on to tell that the duo had been out of touch for some time, till they met during the promotion of “Tanu Weds Manu Returns” two years ago. The chance meeting at Chandigarh had Kangana know all about her friend’s creative talent and as Bondina shared her work with her, the actress expressed her desire to pen down the book’s foreword.